Your Chances of Employment in South Africa Based on Your Education 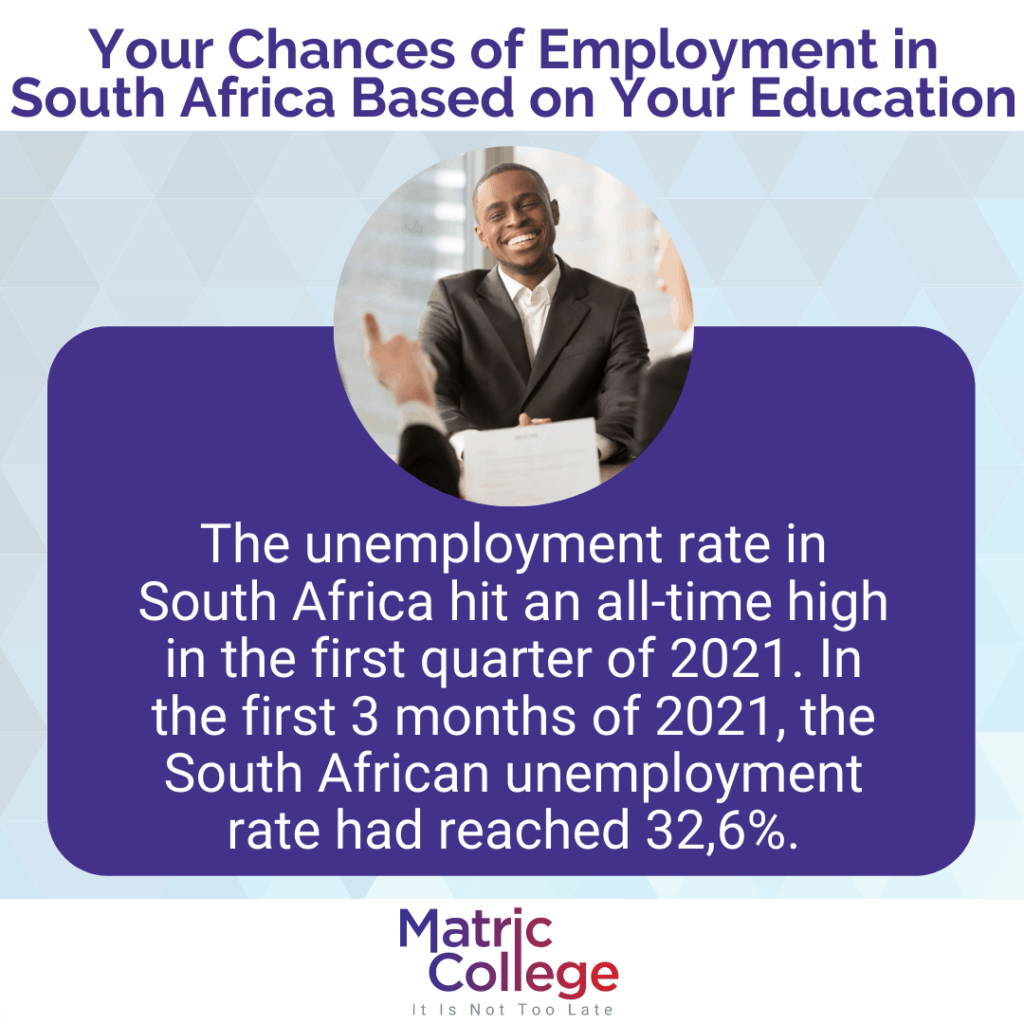 As of the 1st of June, 15 million South Africans were employed. This figure is 28 000 fewer people than in the first quarter of the year. The number of employed people is at 7.2 million with an increase of 8 000 people from the last quarterer of 2021.

Breaking Down The Statistics

Whilst the unemployment rate in South Africa remained high, it is important to understand the various statistical elements.

Between the first and second quarters of 2021, the number of people in South Africa who are not economically active has increased by 164 000.

According to Stats SA’s Quarterly Labour Force Survey released by statistician-general Risenga Maluleke, the unemployment rate has risen 0.1 % from the last quarter of 2020.

This new unemployment rate of 32,6% is the highest recorded since the survey began in 2008. 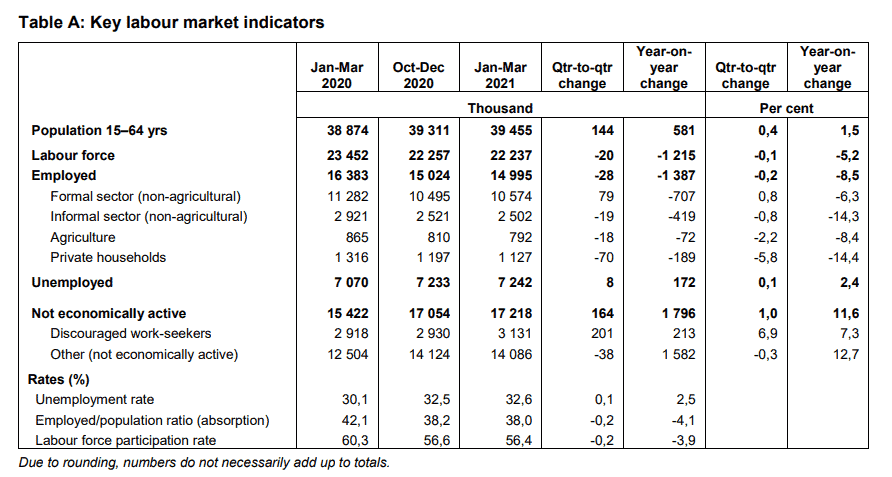 This infographic breaks down the proportion of the employment based on your levels of education amongst the youth: 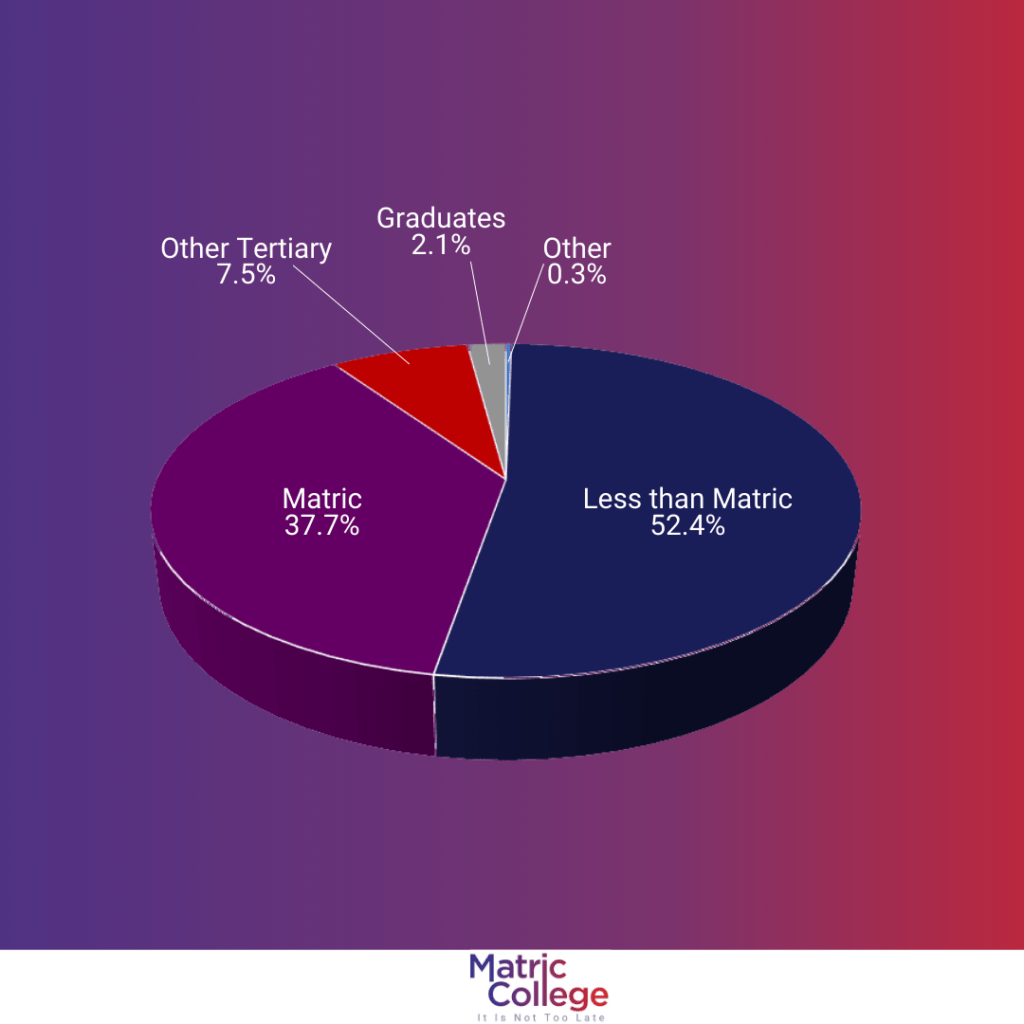 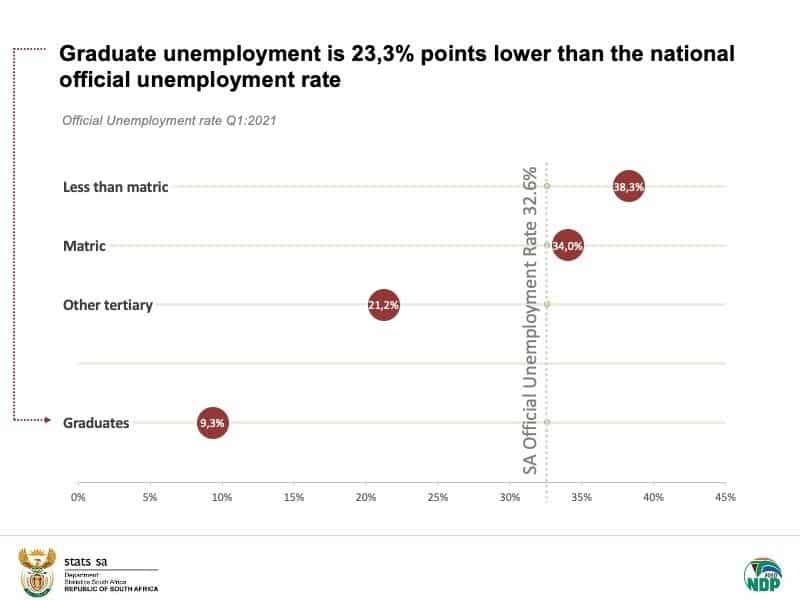 The first quarter of 2021 was made up 7.2 million unemployed people, this was broken down into the following education categories:

Employment Across The Sectors

The survey also gae notable information about employment across various sectors. In the first quarter of 2021, formal sector employment saw the only increase by 79 000 employees, all other sectors experienced a decline.

The declines can be seen as follows:

Major job losses were seen in the following sectors:

In lockdown, 91.3% of employed South Africans were still paid in lockdown which was then reduced to 88.9% in the last quarter of 2020. 14% of these employees were paid a reduced salary during this time.

9/10 graduates who were employed during the coronavirus lockdown were paid in full.

The sectors hit hardest by the employment losses are not specialised or scarce skill areas. Whilst areas such as finance and social service, which can be seen as scarce skills, saw an increase in working opportunities.

Matric College created the following infographic to explain the important link between earning potential and education: 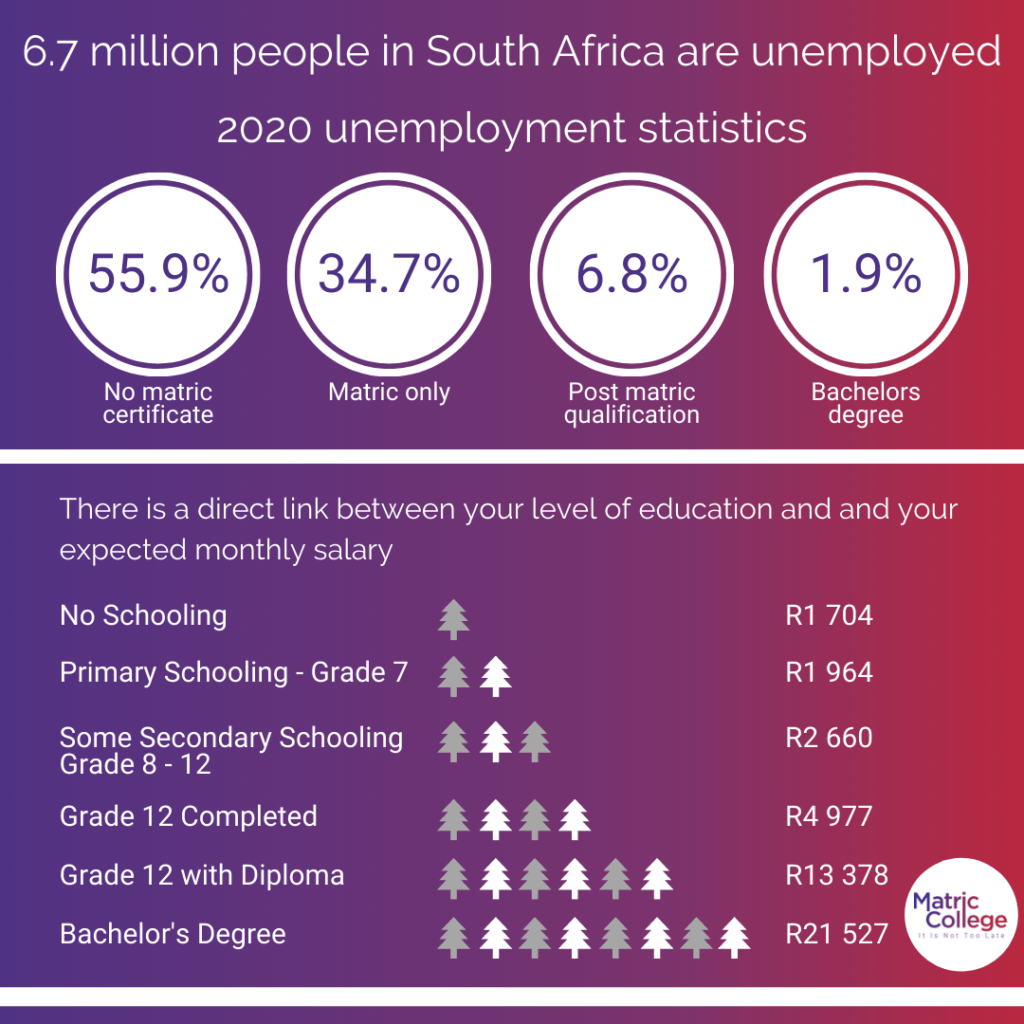 With a matric certificate, earning potentials are double that of a grade 11 or lower and reach to R4 977. With a year of studying after matric at a diploma level, your earning potential increases by 2,7%.

Finally, a Bachelor’s Degree can send your earning potential up to R21 527 and will increase with further levels of education.

Putting all of this into perspective, here are a few facts about making ends meet in South Africa:

To maintain a stable living in South Africa, and to increase your chance of finding a job, it is important that you further your career.

Since only 50% of South African students that start school end up in grade 12, it is important to know that there are scarce skills that can be studied without a matric certificate.

The Institute of Certified Bookkeepers offers 3 study streams, 2 of which can be started without a matric certificate. All three of these are considered scarce skills and are in high demand in South Africa:

Studying a scarce skill also means that you are less likely to lose your job within, let us say, a pandemic. All of the major job losses came from industries that were not considered to require “scarce skills”.

Another option for students who are unable to finish high school is to choose matric equivalent certificates.

These courses are different from traditional matric as they specialise in a particular field. Instead of learning all the matric subjects, you would focus on specialising in accounting.

The Institute of Certified Bookkeepers offers these two courses that double as matric equivalent certificates:

This means that they can branch into the working environment without ever finishing matric. 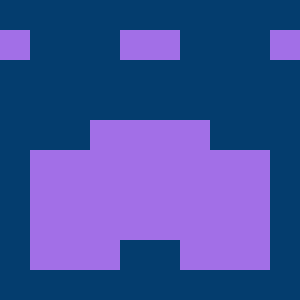 Cannot find what you are looking for? Let us know.

How can we help you?